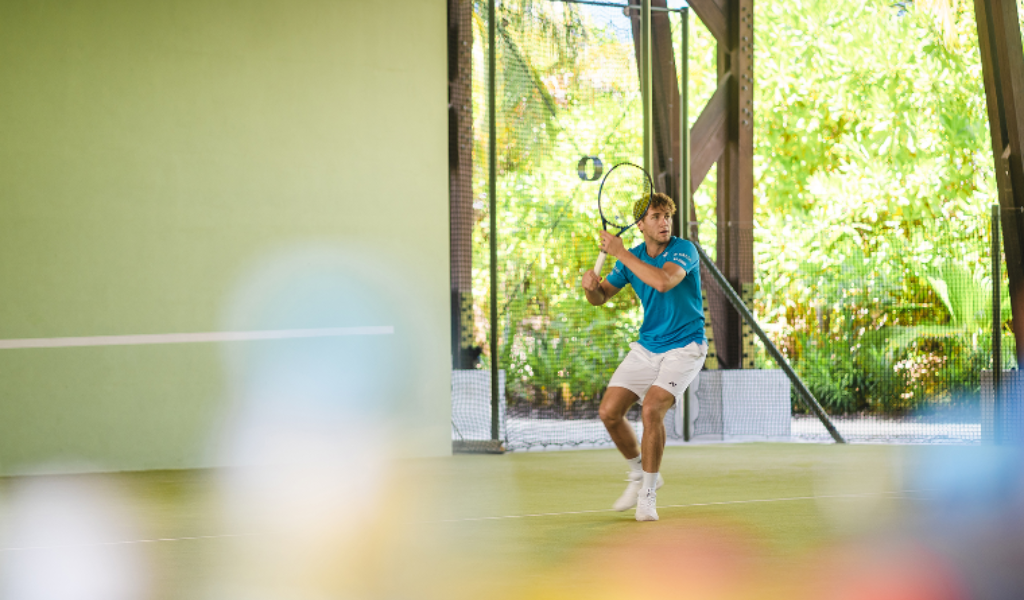 Returning back to the pristine shores of Velaa Private Island is the young tennis athlete, Casper Ruud. Currently ranked as the World’s 3rd single player (male), Casper is making an appearance at the resort to once again flex his tennis abilities and offer private lessons for tennis-loving guests at Velaa.

At the age of 23, Casper Ruud has already made an impressive name in the World tennis scene with numerous milestones in his career. He is the first of many including the first Norwegian player to win an ATP title and to reach the semifinals of the ATP Tour Masters 1000 events. In his career, Casper Ruud has secured 9 ATP Tour singles titles so far, of which 8 were done on clay courts.

His all-time highest career ranking came in the US Open of 2022 when Casper Ruud was named the World No.2 in Singles. Now deemed a rising star and a promising athlete of the new generation, Casper Ruud is among the best active clay-court players in the world right now.

At Velaa Private Island, Casper Ruud will be taking private lessons for guests from the 7th of December to the 12 of December 2022, giving guests the once-in-a-lifetime opportunity to train with an emerging tennis pro. Reining in his world-class skills, Casper Ruud will stun guests with his tennis abilities as guests sharpen their skills with one-one lessons from a revered name.