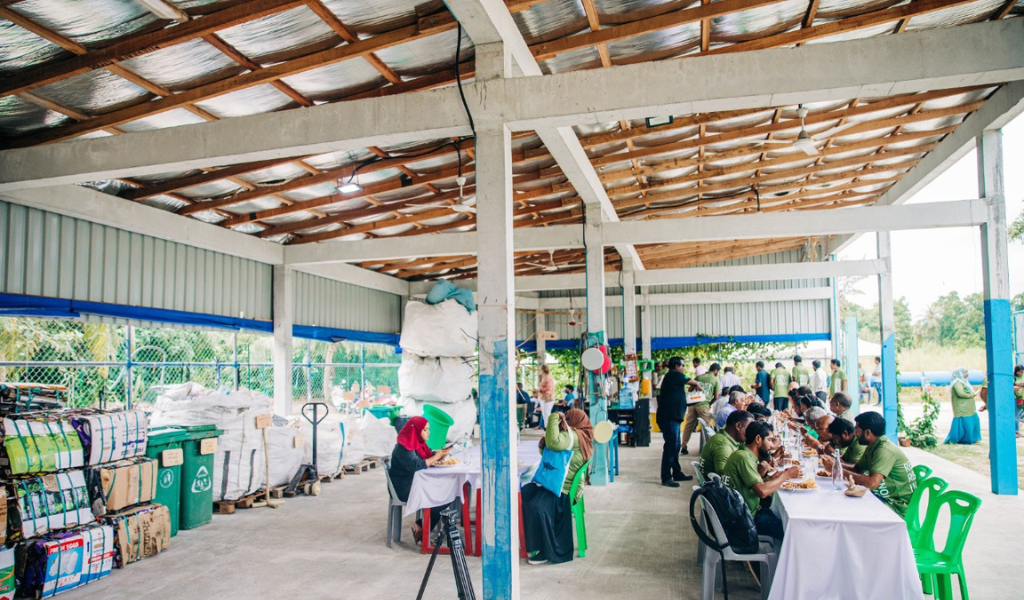 Facilitated under the Soneva Namoona programme, 11 island presidents in Baa, Noonu and Haa Dhaalu have proposed an ambitious waste management system in their islands, committing to practices that reduce island waste and pollution. Deemed as their new vision, the presidents of the ‘Namoona’ islands signed their commitments and presented them to the Government Ministers and MPs in a high-level meeting held last Saturday at B. Kihaadhoo island.

The signing of the commitments was witnessed by the Minister of Environment, Climate Change & Technology, Aminath Shauna, Minister of Tourism, Dr. Abdulla Mausoom, CEO of Local Government Authority, Afshan Latheef, and other government and parliament dignitaries. The pledges realized by the presidents targeted numerous outdated waste disposal methods and called for their phasing out. Some of the pledges committed by the islands include:

In addition to this, the Island Council presidents even urged Government authorities and institutions to better manage waste at islands and eliminate single-use plastics. In this regard, the presidents presented 13 policy recommendations to the Government encouraging them to pursue these sustainable endeavors. This includes:

-Ban on single-use plastic water bottles in resorts from 2024

-Enforce regulations on dumping waste into the sea

The visiting delegation also toured the Kihaadhoo Eco Centro and inspected the refurbished waste management centre. Moreover, they were informed about the ‘Shore to Open Water Series’ swimming programme which has already trained 26 people to become swimming and water rescue instructors.

Before concluding the visit, the delegation also paid a visit to the resale market, ‘Alun Balun’, an initiative found by the women’s development committees of Namoona Islands in Baa Atoll. Here, second-hand goods are rotated between the seven participating islands, instilling the culture of re-using and re-cycling.

Speaking at the event, Minister Shauna remarked “I take onboard these recommendations and thank the councils and Soneva Namoona for the thought they have put into formulating these. This is a good example of local communities, civil society and the private sector coming together to innovate and solve the huge challenge of waste management in the Maldives.